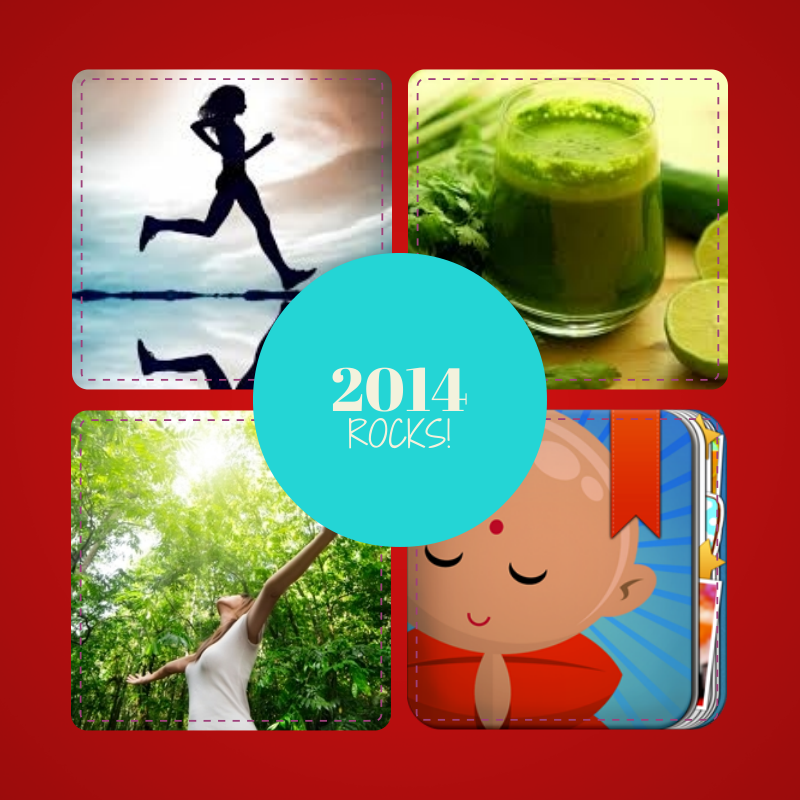 To be honest, New Year’s resolutions aren’t my thing at all. I don’t really believe in making a list of things that should change in my life and then sticking to it. I guess I’m not structured enough and truthfully, it doesn’t inspire me.

But the last weeks of December where pretty rough, as both my father and my grandmother passed away within days of each other, and for the first time in years I really, really looked forward to January 1st.
I felt that this time, I did need a little bit of ‘ritual’ to mark the progressing of time.

So I decided to do a little reboot for my life. I came up with 3 things to help me start 2014 fresh and powered up. And because it felt great to do them and doing a little reboot is really not limited to the first days of January, I’m sharing them with you.

Juice detoxing might not sound very appealing, and believe me, I wouldn’t put it down here if I weren’t certain of the benefits it gives me and of the do-ability of it. So here me out!

A juice detox of 2 or 3 days works as a reset button to you body. It helps break with habits that we all know aren’t good for us (too much coffee, alcohol & sugar for example). The first day is pretty horrible. I get headaches and also a little (a lot) cranky. But after that, my energy levels rise and I feel much lighter. Not only physically, but mentally as well.

Doing a short juice detox every few months refreshes my body and is a big moral booster (I’m always very proud to have finished it). And, as an added pro, it reminds me how much energy I get from just drinking a tall glass of veggie juice. So after the detox, I keep juices as an afternoon snack (bringing my veggie intake to a decent level ☺).

Here’s a nice free program to get you started if you want to give it a try.

When I saw this powerful TED-talk, I was reminded of the power of positivity. Did you know that a positive brain is 37% more productive? The dopamine that’s associated with feeling positive also turn on the learning centers in the brain. Double win!!

So, to rewire my brain to see the positive instead of the negative, I’ve started a gratitude journal. Which is a big name for a Word-file where I write down 3 new things that make me feel grateful every day (alternatively, you could use this Gratitude Journal app). Doing this for 21 days will train my brain to be more positive, and thus more productive and successful. Yay!

3) Planning to tick off at least 1 Thing on My ‘Bucket list’.

Ah, yes. The Bucket List. Do you have one? A list of things you want to do before you’re dead? Even though I don’t literally have one, I do have a mental list of things I would like to do at one point (like: own houses in Amsterdam, Bali & San Francisco; make a 6 figure income with my business (at least!); be on TED.com with my own talk etc. etc.)

All things on the list are basically things I would do if I where already as rich, successful or fit as I’m working on becoming. Anyway, one of the more controllable and plan-able things on there is running a marathon. And because I love the idea of being able to cross off at least one thing at the end of the year, I signed up to run the Amsterdam Marathon in October together with a friend. Hopefully, this will give me just enough motivation to actually do it ☺!

So that’s what I’ve been doing to reboot my life in 2014! And now, of course, I’m curious about you.

What helped you make a positive, powerful start in the New Year?
Did you ever ‘reboot your life?’
Share your tips in the commments area below.